Boules is a broad term that encompasses a wide variety of French lawn games, where opponents take turns tossing or rolling balls as close as they can toward a smaller, target ball at the opposite end of the playing area. Sort of like horseshoes, cornhole, or shuffleboard but with balls.

This beautiful set is made of European Beech, and comes with eight pairs of colored beechwood balls ("boules") and two different jacks (also called, variously, cochonnet, but, or petit), all packaged up in a handy carrying case. A great way to spend time with family or friends.

For the rules of this fun game, you can check out our blog post. 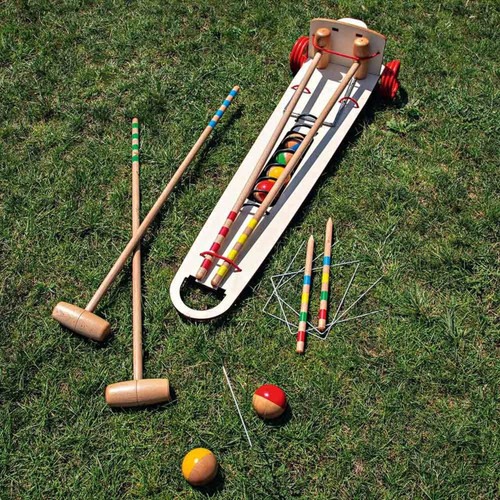 Traveling Croquet Set Made in France 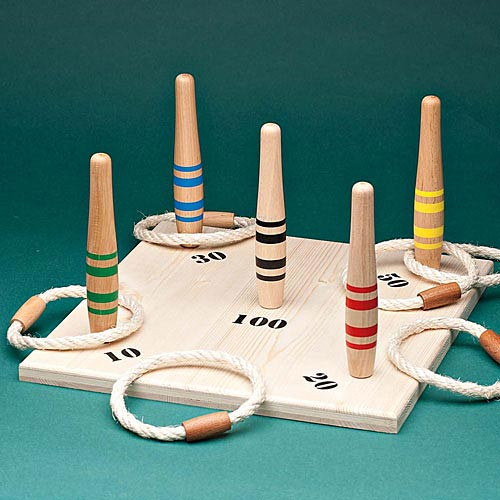