A New Generation of Makers 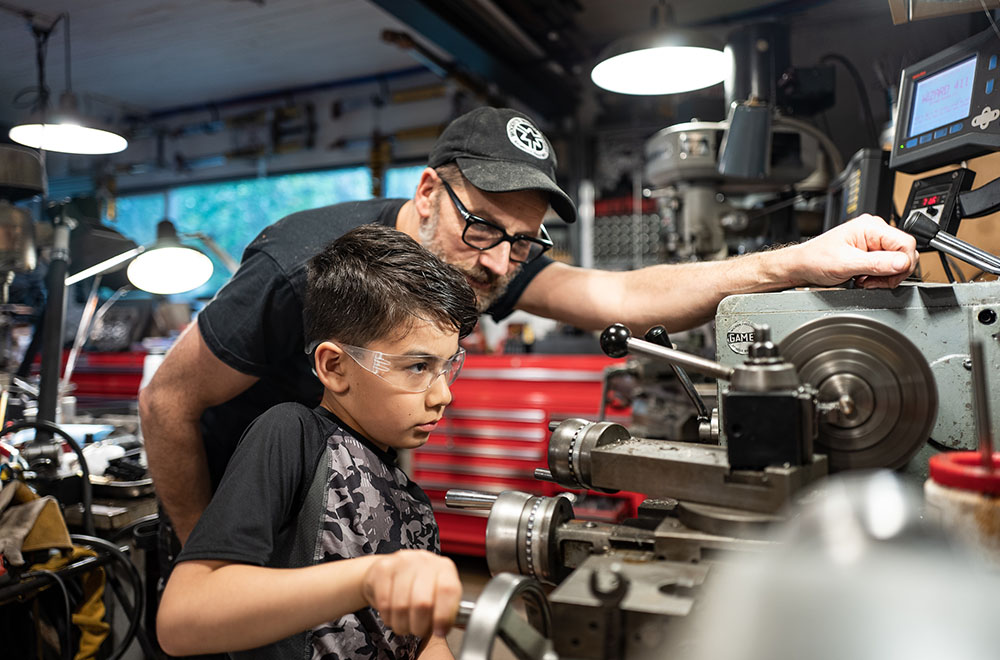 History is important for many reasons. It is knowledge passed on from one generation to the next. It is to recognize what has worked, and what mistakes we must avoid repeating. And it is also very much about connection and roots, reaching back through time to those loved ones that came before, acknowledging how they impacted and shaped us, and understanding who we are today. Even more powerfully, it’s through history that we get true perspective on what matters most—shaping what it is that we want to be tomorrow.

In the story of Gregor Halenda, he has been many things: a professional photographer, a machinist, a motorcycle enthusiast. But he is also very much a family historian, albeit in a uniquely special way. True enough, it is through his own story and ties to the past that he is now impacting future generations for the better.

Growing up in Pennsylvania, Gregor developed a keen interest in photography. By his early twenties, he had saved up enough money to move to New York and pursue a career in his chosen field. Jobs were not always available, however, and so to make ends meet he took on work as a laborer, specializing in carpentry. To learn some of the finer techniques required to work as a carpenter, Gregor was lucky enough to learn from a good friend, Todd, a keen woodworking enthusiast. Todd was instrumental in teaching him about the patience and commitment needed to transform projects by hand into something beautiful.

But Gregor also had substantial experience from his childhood, as he was introduced to such skills by both his father and grandfather. True enough, some of his fondest memories drew from days and nights spent in their workshops and garages—their ‘special domains’—watching and learning as they tinkered and puttered about, making things. This was not a serious venture for the men, but over time, their abilities grew more creative and eclectic. Gregor’s maternal grandfather, in particular, used to make mobiles based on seasonal celebrations like Halloween and Christmas. Sadly, none of the mobiles have survived, a true shame given the value they would have held as family heirlooms to pass on down through the generations.

What has survived, however, are several of the tools handcrafted by both Gregor’s father and grandfather. So many of us take for granted that we can simply go to a store to purchase those everyday tools we need from one project to the next—or, even more conveniently, to hire a specialist to do the work for us. What is lost in these transactions, however, is the gratification that comes in being able to fix or build something on your own. But this takes on even more special meaning when the tools employed are the very same ones built and used by one’s own father and grandfather. In a sense, a part of them from yesterday infuses the tasks completed today.

When Gregor became a father, it was important that he pass these skills and life lessons on to his son, Lucas, and maintain the Halenda family’s ‘can do’ spirit of skilled handiwork. There were three important lessons he wanted his son to inherit:

Gregor started to bring Lucas into his shop (his own ‘special domain’) when Lucas was only four, so that he might begin to familiarize himself with the space: the look and feel of it, the smell of metal, gas, wood and oil. At first, Lucas wasn’t allowed to touch anything. He was simply to watch, learn and be inspired, allowing his natural curiosity to grow, and for questions to be eagerly asked. It was here that Lucas watched his father first make a tool for him—a jewelry hammer. It was a simple tool, and ideal for Lucas’s enthusiastic little hands to start pounding away at scrap metal without hurting himself (or others). 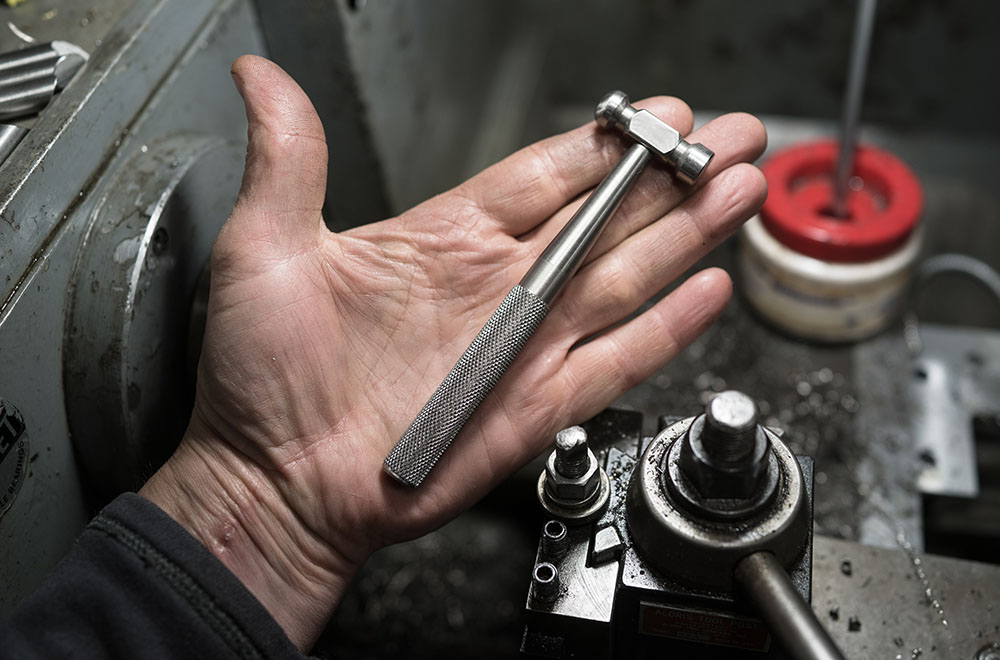 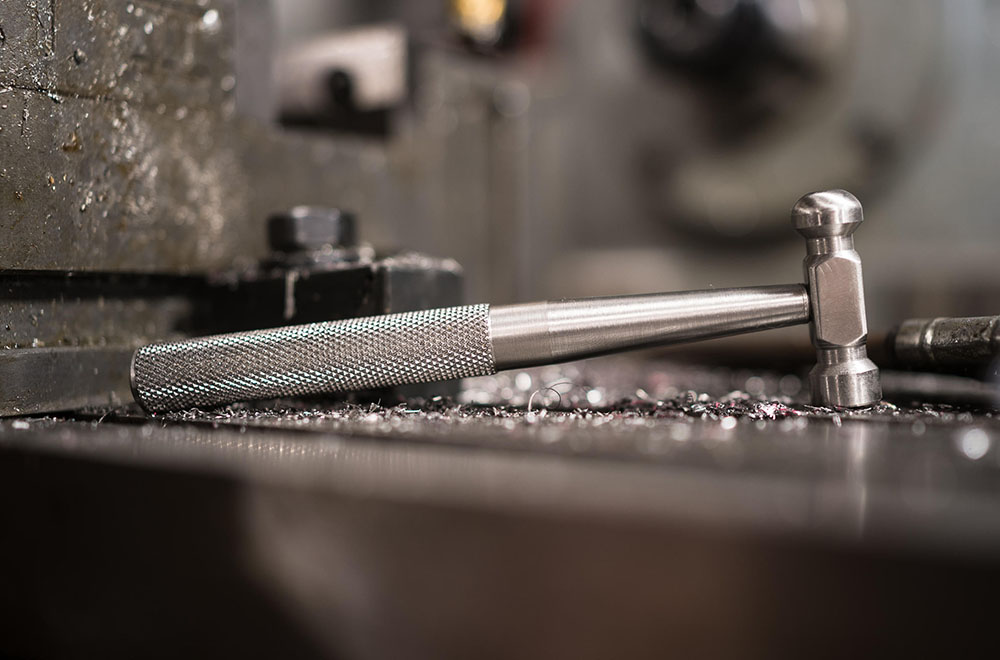 (Photo: The jewelry hammer that Gregor and Lucas crafted.)

Now, at the ripe old age of seven, Lucas has learned the necessary safety precautions, like wearing goggles and masks. His confidence and abilities are growing, too, enough so that he can now participate in the making. In between photo shoots, and late at night when his son is long in bed, Gregor sketches out plans for things he might like them to make, searching the internet for inspiration and sourcing the necessary materials. Once ready, he invites Lucas back into the shop to watch—and sometimes assist in—the process.

Sadly, Gregor’s father recently passed away, so now his time in the shop with Lucas is even more special. Gregor recently handed his son some aluminum sheeting and asked that he bend it with his bare hands. He then took Lucas to the press break and showed how they could cut and bend the sheet into the perfect shapes and desired angles, with just a few easy turns of a knob. In that moment, in that shop, Gregor felt his father was with him more than ever. For in that shop, consumed in making things and teaching his son, Gregor is transported back to when his own father—with some of the very same tools now in Lucas’ hands—first showed him how to make something. By simply illustrating the magic of what tools can do, Lucas, wide-eyed with wonder, is starting to see that he is capable of making anything that he can imagine. And, with that, yet another generation of makers are born.

Gregor Halenda is an award-winning professional photographer living bi-costal in Portland, Ore. and Brooklyn, N.Y. with his two kids Lucas and Nadia, life partner Judiaann and pets Biscuits and Gravy. An avid machinist and motorcycle enthusiast, Gregor curates a blog at garagejournal.com. Check out his photography at www.gregorhalenda.com.

​Picture frames make great gifts and woodworkers of all skill levels can make one,… Read More 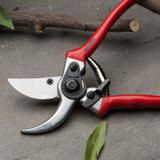 Choosing the Best Pruning Shears for You

To begin with the obvious, the pruner’s sole job is to cut pl… Read More